KASSALA/CENTRAL DARFUR, Sudan – “I’m very happy when I save children’s lives,” Zeinab says. “Some mothers don’t even know their kids are sick, but now they can get better”.

Zeinab is a nurse at the health clinic in remote Oleb village, a one-hour drive north of Kassala town, on Sudan’s eastern border with Eritrea. She is also on the frontline of efforts to break the vicious cycle of malnutrition devastating Sudan’s children.

The queue of mothers waiting to see Zeinab with their young children, most of whom are severely malnourished, underscores the challenge of preventing and treating malnutrition. Some 2.4 million children suffer from malnutrition in Sudan, with close to 700,000 of those experiencing the most severe form.

Early and local treatment saving young lives
Eight-month-old Hind Ilias is at the clinic with her mother Asia, for her seventh week of treatment. “I’m happy now she’s becoming healthier and getting back to 100 per cent,” says Asia, as her daughter is suspended on the scales, having gained just a little more weight. 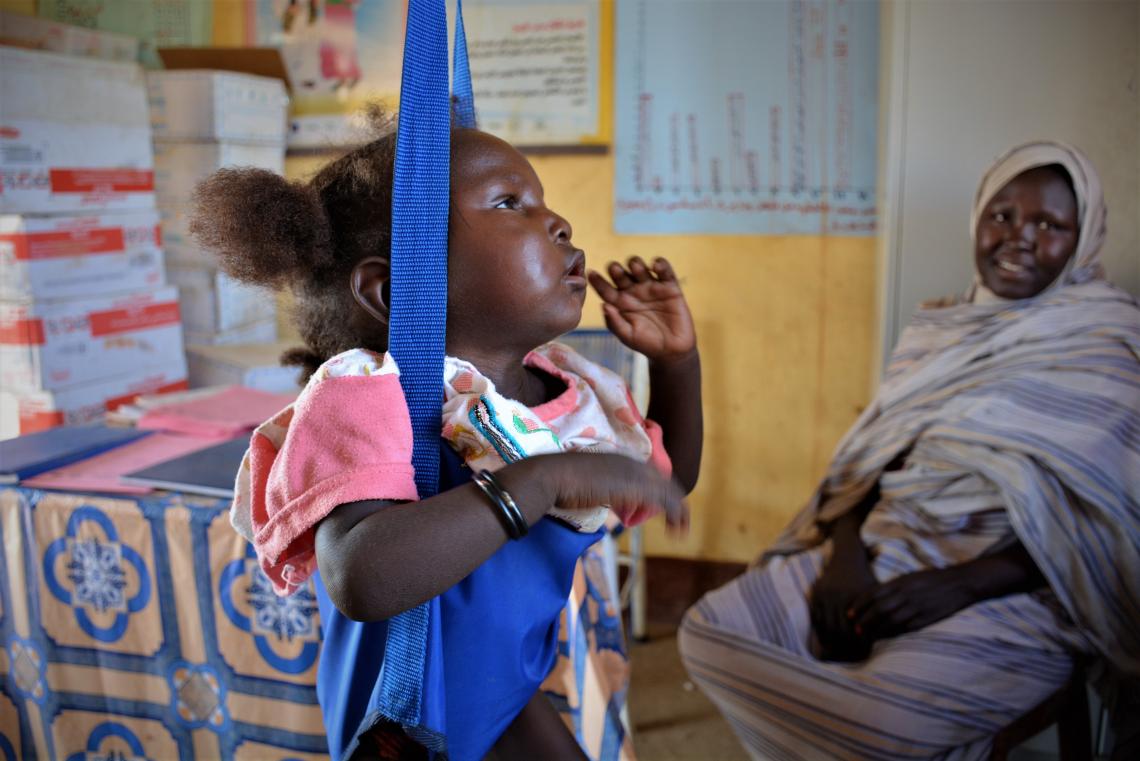 Hind’s progress means she will now only require another week of treatment, which involves regular monitoring and making sure she eats the ready-to-use-therapeutic food.

When identified early enough and with the right resources, treating malnutrition is relatively simple. It’s stopping it from happening in the first place that is more complex.

Asia explains that she thinks her daughter’s problems initially came about because she didn’t take to breast milk properly, and in the plus 40 C heat quickly became dehydrated. She’s not sure what she would have done without access to the local health facility and Zeinab’s specialist care.

When identified early enough and with the right resources, treating malnutrition is relatively simple. It’s stopping it from happening in the first place that is more complex.

“If the clinic wasn’t here we would suffer more and more, we would have to go far away, which would cost so much money and sometimes there is no transportation,” she says.

Tackling the cycle of malnutrition
Zeinab believes in the power of education in preventing malnutrition. She says her own medical career took root when she started as a volunteer on a routine immunization campaign in the village more than six years ago. After that, she took part in several training courses, eventually becoming a nurse.

Zeinab now advises a group of five young women who are known as ‘mother support volunteers’. Outside the clinic they’re talking through their messaging on breastfeeding, nutrition and hygiene as they prepare to visit homes in the village.

“People listen to us because they want to keep their children healthy,” says 17-year-old Hadija, one of the volunteers.

Zeinab is also convinced of the positive impact. “In the last five years we’ve seen mothers and families becoming more aware about health issues that affect their children, their behaviour has changed,” she says. 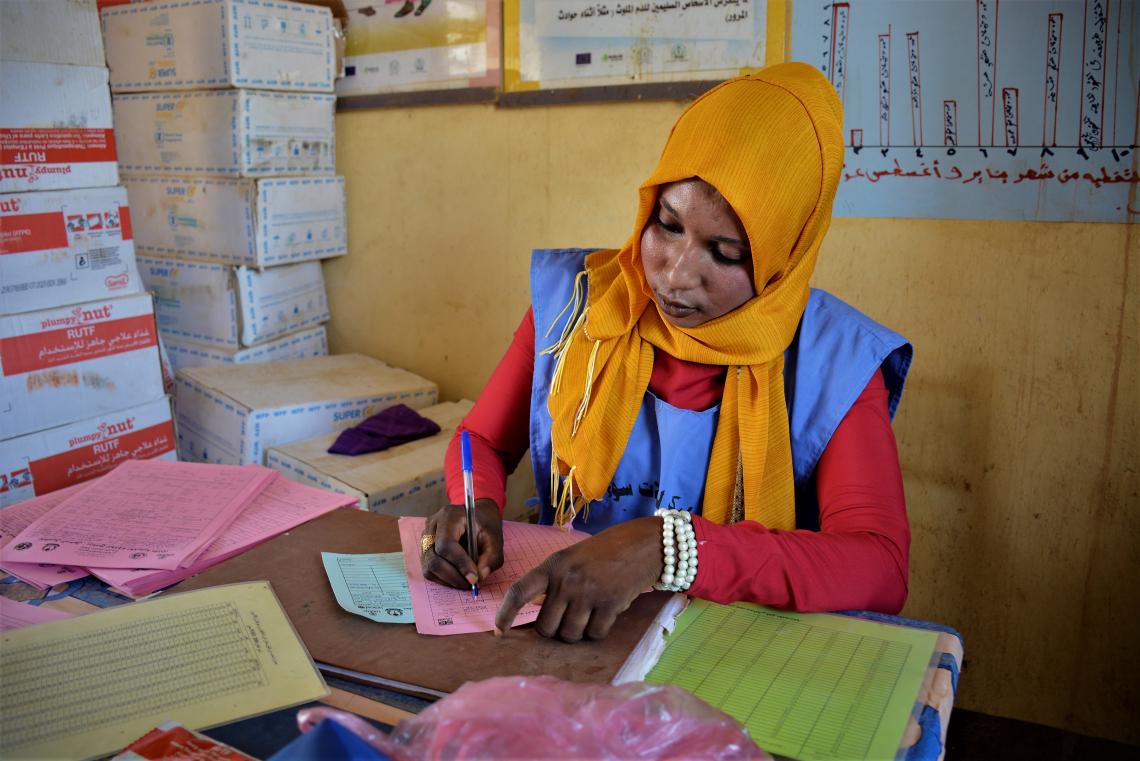 In the conflict-affected Darfur region, communities are working on other types of behaviour change, such as agreeing to pay for water consumption.

Sisi village expanded rapidly when conflict broke out across Darfur 15 years ago, as people sought safety close to the more protected main roads. But with few basic services available, the nearby stream was the only place to get water, most of which was dirty.

Three boreholes now run on solar power to pump safe water to communal taps in the village. A ‘WASH Committee’ made up of 12 people manage the water system and collect five Sudanese pounds (US 10 cents) a month from families to maintain the network and keep the clean water flowing and in turn improving people’s health.

Improving health awareness and knowledge is just one, albeit crucial, step.

Mariam is one of two women in the group who played a role in convincing people to pay for the service. “Before people would complain about paying but now because it [access to water] is better they agree,” she says. Mariam adds that children, including her own, have suffered from diarrhoea less since the quality of water improved.

Never giving up
Statistics showing progress in preventing malnutrition are hard to come by. But back in Oleb village, the culmination of a three-year joint project (UNICEF, UN Food and Agriculture Organization and the World Food Programme) – in Oleb and 74 other villages – saw a nearly 10 per cent reduction of stunting among children under the age of two.

The project focused on a holistic range of services and support, from education to livelihoods and environmental management, such as building walls to reduce the impact of floods on crops and homes. The economic and food security impact of localized natural disasters on children was noted by mothers visiting the health clinics.

Preventing malnutrition in Sudan is complicated, but the improved understanding and acceptance of the scale of the issue, combined with ongoing lifesaving and longer-term support and services, are critical steps forward in attempts to break the cycle of malnutrition.