Side Effects of Saw Palmetto

16
Side Effects of Saw Palmetto 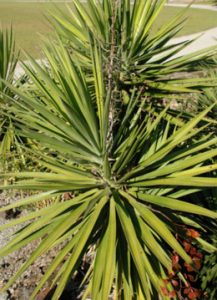 Saw palmetto is a small palm that is commonly found in the southeastern United States. It has been used as a herbal medicine through the centuries. The extract of saw palmetto berries has been used for treating diseases, like benign prostatic hyperplasia and urinary tract infections. It is suggested that, this herb is useful in the treatment of androgenic alopecia (male pattern baldness), for breast enlargement, and for increasing sex drive. Even though, there is no scientific evidence to prove the efficacy of the herb, saw palmetto is widely used as a herbal supplement.

Though the herb is highly popular, and is said to be effective as a herbal remedy; it is not free of side effects. The following are some of the possible adverse effects of saw palmetto extract.
The most common side effects are bad breath, nausea, stomach pain, vomiting, diarrhea or constipation, and loss of appetite.
This herb may also cause dizziness, headaches, and breast tenderness. Women users may experience weight gain, after using the extract for breast enlargement.
Even though, the proponents of the herb vouch for its effectiveness in increasing sex drive; many users have reported erectile dysfunction, impotence, and loss of libido, as its aftereffects.
Some people may develop serious reactions, like inflammation of the liver or the pancreas, jaundice, unusual bruising or bleeding, and stomach ulcers, after using the herb.
Allergic reactions may also occur in some users. They develop symptoms, like hives, rash, itching, wheezing, a swollen mouth, and difficulty in breathing.
Use of saw palmetto may lead to depression, insomnia, high blood pressure, and hearts problems too.
It is believed that, a component of saw palmetto extract, called beta-sitosterol, is similar to cholesterol. So, use of this herb is also linked to an increased risk or severity of heart disease in men.
Apart from the side effects, intake of saw palmetto may also cause drug interactions. The herb should be avoided by men, who are using medication that affect the sex hormones. Women should abstain from taking saw palmetto extract, if they use birth control pills or undergo hormone therapies. People with medical conditions, like asthma or breathing problems, heart diseases, stomach ulcers, ulcerative colitis, and blood clotting disorder, must also avoid saw palmetto. If you are allergic to this herb, then it is better to avoid its use. Pregnant or nursing women should avoid intake of this herb. Saw palmetto is not meant for those, who are planning to have babies in the near future.

The nature and severity of saw palmetto side effects may vary from one person to another. Some of the negative effects are caused due to the use of contaminated products. Some products of saw palmetto extract may contain toxic metals or other drugs, which can cause health problems. This herb is not approved by the FDA, and there is no scientific proof for its efficacy, purity, and safety. Hence, it is always better to seek the advice of your health care provider, before using saw palmetto. It is also important to evaluate the medical history of the person, before starting any treatment with saw palmetto, to avoid complications.