The Next Generation of Noninvasive Brain Stimulation

16
The Next Generation of Noninvasive Brain Stimulation 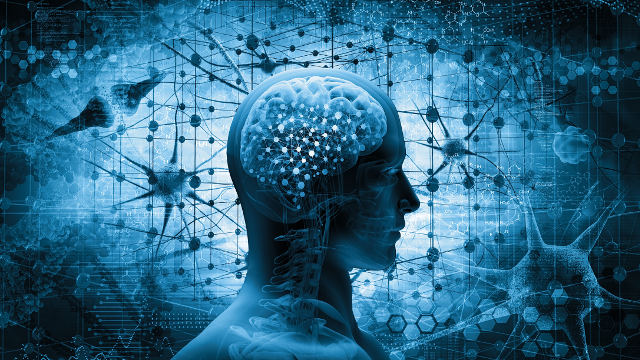 Methods for manipulating brain activity are getting better by the day, it seems. From electrical and magnetic stimulation to optical and ultrasonic neural control, researchers are refining techniques to not only study the brain in animal models, but to possibly treat neurodegenerative diseases in humans as well.“It’s the tools themselves that are really changing the face of what’s possible,” Helen Mayberg of Emory University School of Medicine said at a press conference at the Society for Neuroscience (SfN) meeting yesterday (November 14). She predicts that over the next few years, the field will see “an explosion in how to leverage these emerging technologies.”As a demonstration of one potential application, John Walker of Northwestern University described recent work in which he and his colleagues used transcranial magnetic stimulation (TMS) to improve associative memory in healthy older adults, extending previous work showing the technique’s effectiveness in younger individuals. Walker and his colleagues used the noninvasive technique to stimulate the lateral parietal lobe, a surface-level brain region with high connectivity to the hippocampus, of 15 healthy adults over the age of 64. Before and after five consecutive days of 20 minutes of stimulation, the researchers tested the volunteers’ associative memory skills. “Memory for associations actually increased,” Walker said at the press conference. “And this increase in associative memory lasted for a full week.”Having the participants complete the memory task from within an MRI scanner allowed the researchers to confirm that the stimulation was indeed changing neural activity in the hippocampus through the indirect stimulation. The next step, Walker said, is to test the clinical utility of the technique in adults suffering memory disruption due to aging or neurodegenerative diseases such as Alzheimer’s.

When asked about a recent study that questioned the effectiveness of another noninvasive brain stimulation technique, transcranial alternating current stimulation (tACS), Walker and Mayberg attributed the failures of tACS to its lack of localization within the brain. While tACS and its sister technique, transcranial direct current stimulation (tDCS), rev up a “large swath of brain,” Walker explains, TMS is “much more specific,” able to target particular groups of neurons.

“It’s location—all of this stuff requires knowledge of the circuits,” Mayberg agreed. When it comes to tACS and tDCS, researchers are still “trying to figure out how to steer it.”

Meanwhile, other researchers are working to develop yet another type of noninvasive brain stimulation that’s even more precise than TMS—transcranial focused ultrasound (FUS). Primarily tested on rodents thus far, Jan Kubanek of Stanford University School of Medicine described a recent study from his group that demonstrated the safety and efficacy of FUS in nonhuman primates.

Using the technique to stimulate the frontal eye fields (FEFs) in the frontal cortex of two macaque monkeys, Kubanek and colleagues showed that they could alter the animals’ behavior. The monkeys were trained to select whichever of two visual targets appeared first, but stimulation of the left FEF biased the monkeys to choose the target on the right, whereas stimulation of the right FEF made the monkey tend to choose the target on the left, regardless of the order of appearance. Examination of brain slices from these regions showed no signs of damage, suggesting that the technique is safe. These results “really pave the way toward using this method as a new tool to diagnose the neural circuits in neurological and possibly also psychological disorders in humans,” Kubanek said at the press conference.

Importantly, not only is FUS more localized than TMS—targeting regions less than a quarter inch in diameter, as compared to several inches, noted Seung-Schik Yoo of Harvard Medical School—but the technique also allows direct stimulation of much deeper areas. “Ultrasound can go pretty deep into brain,” Yoo said during the press conference. His group is now working to develop a wearable device that could be used to deliver the ultrasonic stimulation.

Mayberg pointed out that FUS has previously been used in clinical practice to induce lesions deep in the brain. So this newer work aiming to use the technique to “stimulate and modulate a circuit, rather than damage it, is a really important principle,” she said.